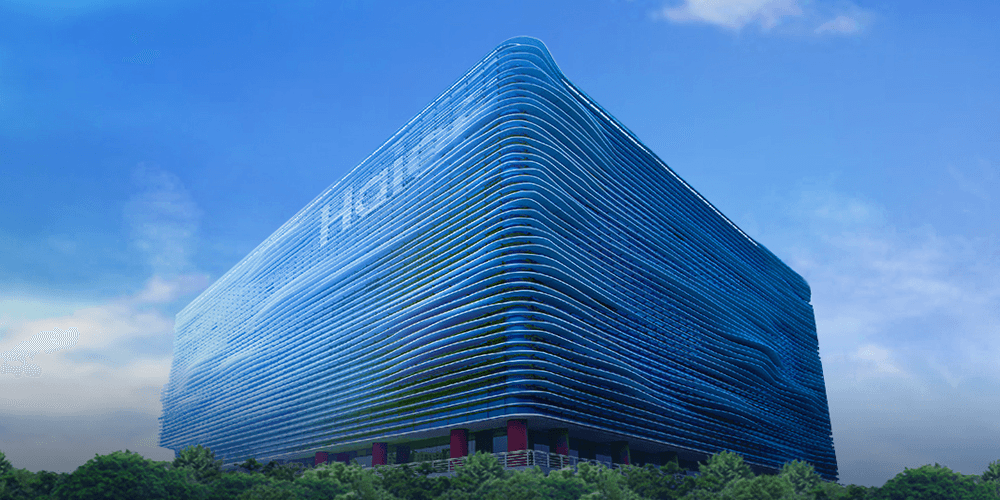 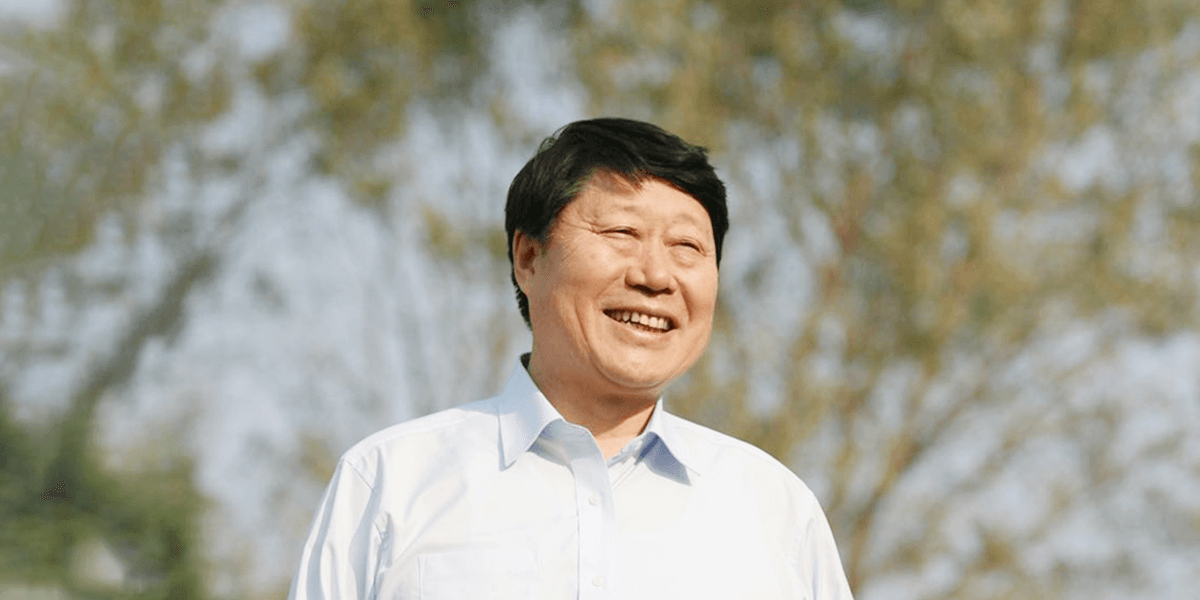 The founder of Haier Group, the father of the Rendanheyi business model, one of the global top 50 thinkers, Secretary of Haier Group Party Committee, Chairman of the Board of Directors and CEO of Haier Group.

Zhang Ruimin, male, of Han ethnicity, a CPC member, was born on 5th January 1949 in Laizhou City, Shandong Province. Zhang, the father of the Rendanheyi business model, one of the global top 50 thinkers, has built the world's number one white goods brand – Haier. With his constant innovation in management models, he sparks attention and recognition in the field of management both at home and abroad. Gary Hamel, one of the world's most influential  business thinkers, has lauded Zhang Ruimin as a “representative of the internet era”. Zhang Ruimin was also elected as an alternate member of the 16th, 17th, and 18th Central Committee of the Communist Party of China.

Zhang Ruimin is the current Secretary of the Haier Group Party Committee, Chairman of the Board of Directors and CEO of Haier Group.

In November 2015, Zhang Ruimin was invited to attend the award ceremony of the world’s most influential THINKERS50 event in London. He was the first and only Chinese entrepreneur to win the Thinkers50 2015 Ideas into Practice Award and to occupy a spot in the THINKERS50 Rankings. On 24th November 2016, Zhang Ruimin made a keynote speech entitled The Exploration and Practice of Haier Transformation in the Internet Era at the 2016 China National Affairs Forum. In the speech, he elaborated on how Haier has achieved a transformation from a large enterprise to an internet enterprise in the internet era. On 18th December 2018, Comrade Zhang Ruimin was conferred the title and medal of Reform Pioneer and awarded the title of Excellent Entrepreneur in Enterprise Management by the Central Committee of the CPC and the State Council. On 25th September 219, Zhang Ruimin was given the accolade of Role Model of Dedication. On 19th October 2019, Zhang Ruimin received the Malcolm S. Forbes Lifetime Achievement Award at the 2019 Forbes China Leadership Summit and made the cover of the latest Forbes China edition. On 19th October 2019, Zhang Ruimin was named in the list of Forbes Businessman of the Year – MNC Leader 2019.

In December 1984, Zhang Ruimin became director of the Qingdao Refrigerator Factory, the predecessor of Haier. He laid out the first development strategy of Haier – Brand Building.

In 1985, Zhang Ruimin smashed 76 defective refrigerators in a decisive manner.

In December 1988, under the leadership of Zhang Ruimin, Haier received the first Gold Medal for Quality in the history of Chinese refrigerators.

In 1990, under the leadership of Zhang Ruimin, Haier won the Enterprise Management Golden Horse Award and National Quality Management Award.

In December 1991, Zhang Ruimin set up Haier Group as its president and developed the second development strategy – Diversification.

In 1992, for the first time Zhang Ruimin, attended the 14th National Congress of the Communist Party of China as a local party representative and led the construction of the first home appliance industrial park in China – Qingdao Haier Industrial Park.

In 1995, Zhang Ruimin played a leading role in the acquisition of Red Star Electric Appliance Co.; he obtained an MBA degree from the University of Science and Technology of China in the same year.

In 1997, Zhang Ruimin attended the 15th National Congress of the Communist Party of China; he was given an Outstanding Chinese Award 1997 by Yazhou Zhoukan magazine.

In 1998, Zhang Ruimin became the first Chinese entrepreneur to give a speech at Harvard. Haier's Acquisition of Red Star Electric Appliance Co., was included in the Harvard Business School Case Library; he initiated the third development strategy – Internationalization

In 1999, Zhang Ruimin was elected as chairman of the board of directors of Haier Group; in the same year, Haier established the first manufacturing base outside of China in South Carolina, USA.

In May 2000, Zhang Ruimin was appointed CEO of Haier Group; he attended the 30th Davos World Economic Forum and was invited to give a speech at the International Institute for Management Development (IMD) in Switzerland.

In 2002, Zhang Ruimin attended the 16th National Congress of the Communist Party of China and was elected as a member of the Presidium of the National People's Congress and an alternate member of the 16th Central Committee of the Communist Party of China; the movie CEO based on Zhang Ruimin co-filmed by the China Film Group Corporation and the Shandong Film Studio was released in the same year.

In 2003, Zhang Ruimin was the only Chinese entrepreneur to be invited to attend the 2003 Production Innovation Conference held in Yokohama City, Japan.

In 2005, Zhang Ruimin attended the 5th Plenary Sessions of the 16th Central Committee of the Communist Party.

In 2008, Zhang Ruimin introduced on-demand manufacturing and delivery based on a zero-inventory strategy, which protected Haier from the big impacts of the financial crisis.

In 2009, Zhang Ruimin was invited to the 18th Sino-Foreign Management Seminar and discussed sustainable entreprise development with Kazuo Inamori, the founder of Kyocera.

In 2010, Zhang Ruimin discussed the Redanheyi win-win business model and the innovation of ZZJYTs (independent operation units) with world-leading management gurus such as Michael Porter and Gary Hamel.

In 2011, as a representative and witness of Reform and Opening-Up, Zhang Ruimin was interviewed by Banner, a major docudrama initiated by the Central Committee of the Communist Party of China.

In 2013, Zhang Ruimin delivered a keynote speech at the 73rd annual meeting of the American Academy of Management as the only entrepreneur among the speakers.

In 2015, Zhang Ruimin made a keynote speech at the 10th Anniversary of the Rendanheyi Win-win Model & 2nd Haier Global Forum on Business Model Innovation and elaborated Rendanheyi 2.0 – Building an Ecosystem to Co-create and Win Together.

In 2015, Zhang Ruimin, as the only Chinese Entrepreneur invited, delivered a keynote speech at the 7th Global Peter Drucker Forum; in the same year, he was listed in the THINKERS50 Rankings and won the Thinkers50 2015 Ideas into Practice Award.

In 2016, Zhang Ruimin received the Qingdao 2015 Economic Person of the Year award.

In 2016, Zhang Ruimin was included in Fortune China's 2016 list of Top 50 Most Influential Business Leaders in China.

In 2016, Zhang Ruimin won a Legend in Leadership Award at the 86th Yale CEO Summit and became the only Chinese business leader to win the award.

In June 2017, Zhang Ruimin attended the 19th National Congress of the Communist Party of China as representative of Shandong Province.

On 18th December 2018, Comrade Zhang Ruimin was conferred the title and medal of Reform Pioneer and received an award as Excellent Entrepreneur in Enterprise Management by the Central Committee of the CPC and the State Council.